A good Christmas weekend with the family.

Christmas was always one of Joanne's favorite times of year. She always enjoyed decorating the house and giving gifts to family members. Due to the many variables we have of family we usually started more than a week before Christmas Day so as to be able to have some type of activity with all of them. After her death last month I could not see participating in the holiday festivities and had planned to leave on Christmas Eve morning in the motor home. Just the dogs and me heading south. Family members, specifically my Dad and niece Carrie, talked me into staying.

ly decided to have our gathering on Christmas Eve out in Yukon at my brother Chester's house. We had 27 all total there for a fine meal and fellowship. Included with our immediate family was brother Bill's mother-in-law, Lilas, and my mother-in-law, Mardell. Pictured with me here are my sons, Alex and Alan, along with Alan's family, Cathy, Katlyn, Madison and Cadence. Cathy's sister, Grace, who is visiting from Wisconsin also joined us. Chester had 12 of his family members there, all but one daughter-in-law

who had to work. The other two brothers, Bill and David, were there with their wives but neither of their children were able to make it. Very much missing was our Mom, who also passed away this year, and, of course, my Joanne. In the picture to the right are us four boys with our Dad. We are lined up on each side of Dad by age: Bill, Chester, David and me.

Christmas Day was spent with "my other kid", Carrie, and her family. (Anyone who has read the last few entries 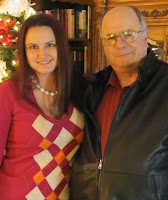 here know that Carrie is actually Joanne's niece but I count her as my own.) My mother-in-law and I drove out to Carrie's in-laws house in Midwest City to spend the afternoon with them. Mike and Barbara Carpenter have been great about including us in their family activities. We spent Thanksgiving with them and also were out there for Carrie's son, JJ, fifth birthday party. In addition to Carrie's family (husband John and son JJ) we were joined by John's sister Kathy and her two sons. Barbara outdid herself again and put on a great meal. This picture is of Carrie and I that we took just before it was time for Mardell and I to head home.

It has been a good Christmas after all. Joanne would have thoroughly enjoyed it all. I'm glad that I was talked into hanging around.
Posted by Rick Stone at 20:53 2 comments:

Soon after the burial and memorial services for Joanne a headstone was ordered. They usually say it takes about eight

weeks to get them completed and set. Since I have been planning to leave in the motor home soon they promised they'd expedite getting it done. Last Friday we were notified that the markers had been set in place. (My brother and sister-in-law, Bill & Nancy, decided to go ahead and buy one and have it set at this time.) This past Saturday I took my mother-in-law and my dad down to the cemetery in Byars to see the marker.

The grave marker is made of polished black granite. The front has both

our names and information with the "Stone" name in what is called raised letters. It also shows our wedding date. The back of the marker has a picture of a motor home with the words "on the road again". We always joked that was our theme song since we both enjoyed our travels in our coach. (The picture of the back side came out a bit blurry. Apparently I did not wait until my camera did it's auto focus before snapping this shot. Seems my eyes were filled with water that was blurring my vision.)

The Byars Cemetery has many of our relatives buried there. Where our grave site is located is adjacent to the main roa

d going into the cemetery. In this row are now four sets from our family. First is Bill & Nancy's stone, then my parents, next Joanne and myself and last Aunt Esther and Uncle Joe Riggan (my dad's sister and her husband). This puts my folks between Bill and I, which is appropriate since he is the oldest and I am the youngest. Also, Esther & Joe were pretty much like second parents to us boys as we were growing up so eventually we will all wind up together.
Posted by Rick Stone at 14:20 No comments:

A great evening--for a change

After sitting around, feeling sorry for myself for the past month I decided it was time I got out and did something different. A while back I had purchased tickets to the stage play of "A Christmas Carol" that is currently being performed by Oklahoma City's Lyric Theater. Joanne and I always enjoyed live theater so I had planned to surprise her with the tickets. Tonight was the night we were scheduled to go to the theater. Our wonderful niece, Carrie, was more than happy to go with me. She definitely deserved a night out on the town.

We started off at a 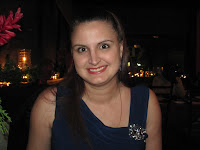 little Italian restaurant, Rococo, that was close to the theater. This has been operated by several different names over the years but has always served Italian food. Turns out this was one of Carrie's favorite places to go to eat on her birthday when she was a kid. We had a nice dinner and a good visit. She had a new dress that she had not had an occasion to wear so this gave her an opportunity

After dinner we headed to the theater, Lyric on the Plaza. The main Lyric productions are in the summer and are held downtown at the Civic Center Music Hall. During their off season they do smaller productions at what was a movie the

ater, called The Plaza, until the 1970's. Lyric has done a fantastic job converting this theater for live productions. The current show, "A Christmas Carol" has my friend, Jonathan Beck Reed, starring as Scrooge. (We have followed Jonathan's career for many years and have always enjoyed his performances.) Carrie had to agree with me about how good Lyric productions are.

Overall it was a very good evening. Had dinner with one of my favorite people, saw a fine show and got to introduce Carrie to something new.
Posted by Rick Stone at 23:30 2 comments:

Back to a routine---well kind of

Trying to get back to some semblance of a routine and still cope with everyday life.

Dealing with the aftermath of a death is hard. It is amazing all the details that have to be taken care of, the agencies and organizations that have to be contacted, the people that need to be notified. All that and still trying to cope with the fact that one is now living by themselves again. That last part is especially hard on someone who never really liked living alone to start with.

Fortunately, there has been plenty of help and support or I'm not sure I would ever had gotten through all of this. First there was the outpouring of support from people all over the United States. It has been amazing all the cards, e-mails and phone calls that have come in after word got out about Joanne's death. As has been mentioned before, as avid RVer's we have made friends from one end of the country to the other. Second, and even more important, has been my family members who have rallied around me. From my oldest brother, Bill, who calls and checks on me, even when he is working out of town, to my Dad, who also lost a wife this year, to my youngest granddaughter who likes to grab and hug me. I've always said when everything is going wrong your family is your best resource in dealing with it all.

My kids have been the biggest help of all, all three of them. (Yes, I typed THRE 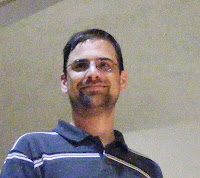 E on purpose.) My oldest son, Alex, called almost immediately and offered to come stay with me. He was here the first week after Jo's passing and was a major help. At that point I was pretty much in a fog and he took care of all the little things I kept forgetting. My dogs really appreciated that when it came to their meal times. Alex kind of served as my lifeline that first week and for that I extend my greatest appreciation.

Next is my oth

er son, Alan. He and his lovely lady, Cathy, have been great. They have come by and allowed me to drop in on them at all times. Just knowing they are there anytime I need them has been such a great help. Friday nights were always what Jo and I called 'date night' and we had dinner out. The first Friday after Alex went back to his house I found myself especially lonely and feeling sorry for myself. Called up Alan and Cathy and they dropped any plans they might have had and we all went out to eat dinner, including their three precious little girls. So, thanks Alan for being there when you were needed most.

Now for my 'third' kid. Although Carrie is not my child by birth she definitely is by choice. (Carrie is actually Joanne's niece.) She has always been one of my favorite young people 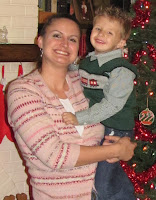 and I was thrilled some years ago when she allowed me to walk her down the aisle and give her away at her wedding. On the day that I took Jo to the hospital and they admitted her to the ICU Carrie was the first person I called. She immediately took off from work and came to the hospital. She stayed with me all evening, even though she had a husband and small child that also needed her attention. The next morning, after Jo had died, Carrie was the first person I called. Since then she has been my rock to lean on. She still checks on me on regular basis and makes sure I'm included in her family activities. (This picture was taken of Carrie and her son, J.J., at Christmas 2010.)

But, now that things have started to settle down some I have tried to get some semblance of order back in my life. I have resumed my 'grave walking' activity out at Chapel Hill Cemetery this week. Taking headstone pictures and getting these graves documented on findagrave.com. I'm back into my routine of stopping at Taco Bell for lunch. I've gotten a little better at giving my dogs, Buddy Joe and Bridgit Jeane, the attention they need. And, finally, I've started to plan getting back into the RV and back on the road. This last thing will be a bit strange, especially this first time out, since I've never made an RV trip without Jo by my side. Just another thing I'll have to learn to cope with in this new life.
Posted by Rick Stone at 16:51 1 comment: